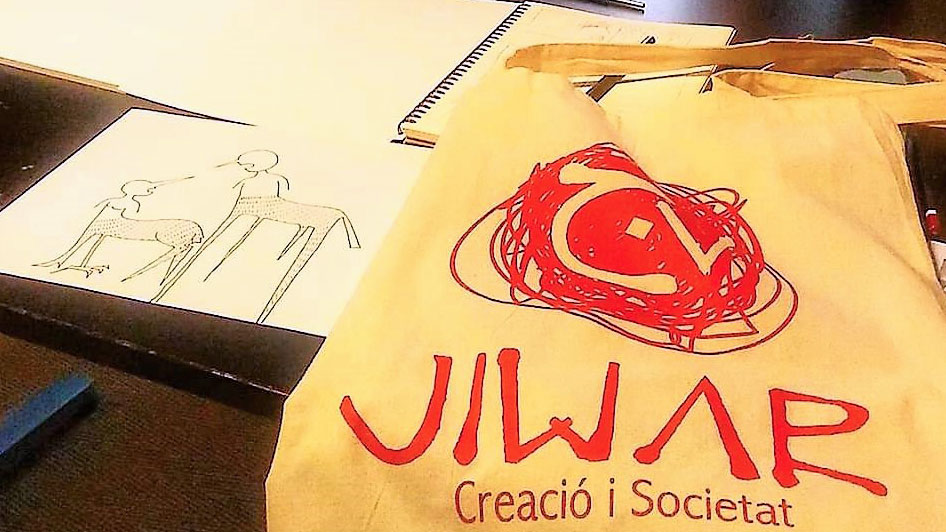 Jiwar Creation and Society is a residence that host and support all professionals whose work is based or inspired by urban space. Located in a heritage house with a 700 sqm backyard garden in the heart of Gracia district, Jiwar Residence is unique for its space and environment, it is a place where to create…

During the residence at Jiwar I realized a project on the memories of my father. It is not just a personal but a collective memory as he was a prisoner of war during Nazism. My research goes through the delicacy of the very stylized sign and very few colors. Small gestures, significant objects, a silent relationship between the subjects lead to the stitching of the threads of a memory made more and more unstable by the passage of time. The second phase of the work will be based on the memory of the mother to whom the husband told about the sufferings he experienced in the forced labor camp. In this case the search for the elements of memory will pass through others and is a memory that has not been lived, heard many times and imagined. The lightness of the forms, of the clothes, of the objects, of the trees where the white undefined every place and every space defines the impalpability of the memory that, being evanescent, moves away from us.

My rounded characters take on shapes that are often grinding and aggressive. They possess the essence of primitive Venuses and have the graphic characteristics of the cartoonists and men of Keith Haring. They are born as “swollen” beings, stressed and about to explode within the limits of contemporary society. The empty backgrounds welcome the stories told through direct and essential gestures. Stories of everyday “abnormalities” that I encounter living in contact with the students: I read their stories, stories of families, relational realities.

If the initial works were an ironic vision of the world and thus left room for a hopeful positivity, the most recent works investigate the part of man that is inclined to the lie and makes it a value, a force. At this point the characters have acquired long noses and donkey ears. The concept of “asinity” as an incarnation of evil, as a symbol of ambiguity, has very ancient roots (Egyptians, Greeks, G. Bruno, Macchiavelli, G.B. Pino), fascinates me to find this concept in the behavior of our society. The “men-Pinocchio” get from the example of Collodi’s fable the moment of “perdition” in the Country of Toys, so similar to the status of “Western civilization”. In the last works, I see how this greedy behavior is leading us slowly, but with certainty, towards a degeneration, an involution, towards the separation from nature, the destruction of the environment and with it the relationship with ourselves. I believe, however, that awareness is the real transition to the “positive revolution”.

Talking with my roots 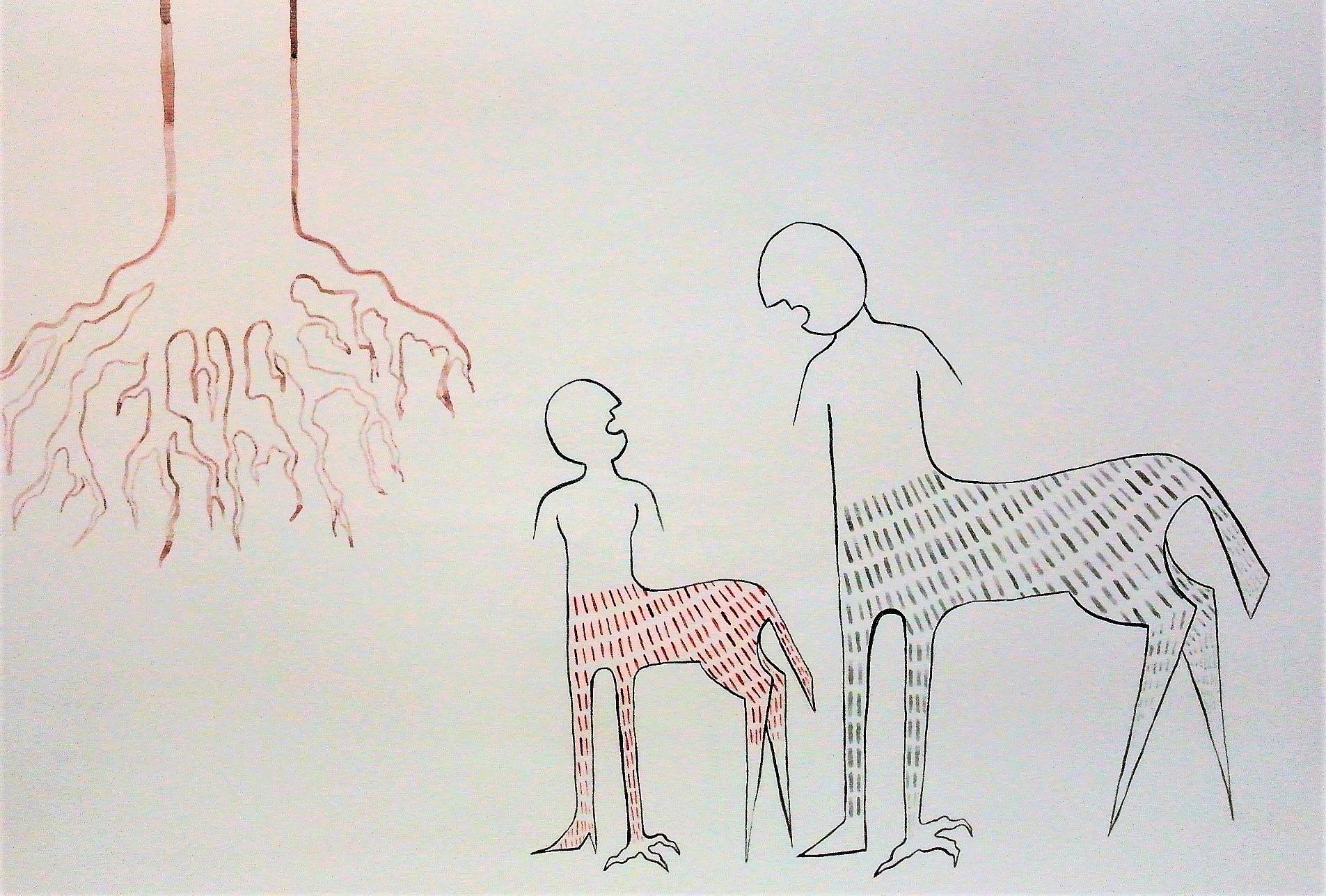 Rocks and the flip flops 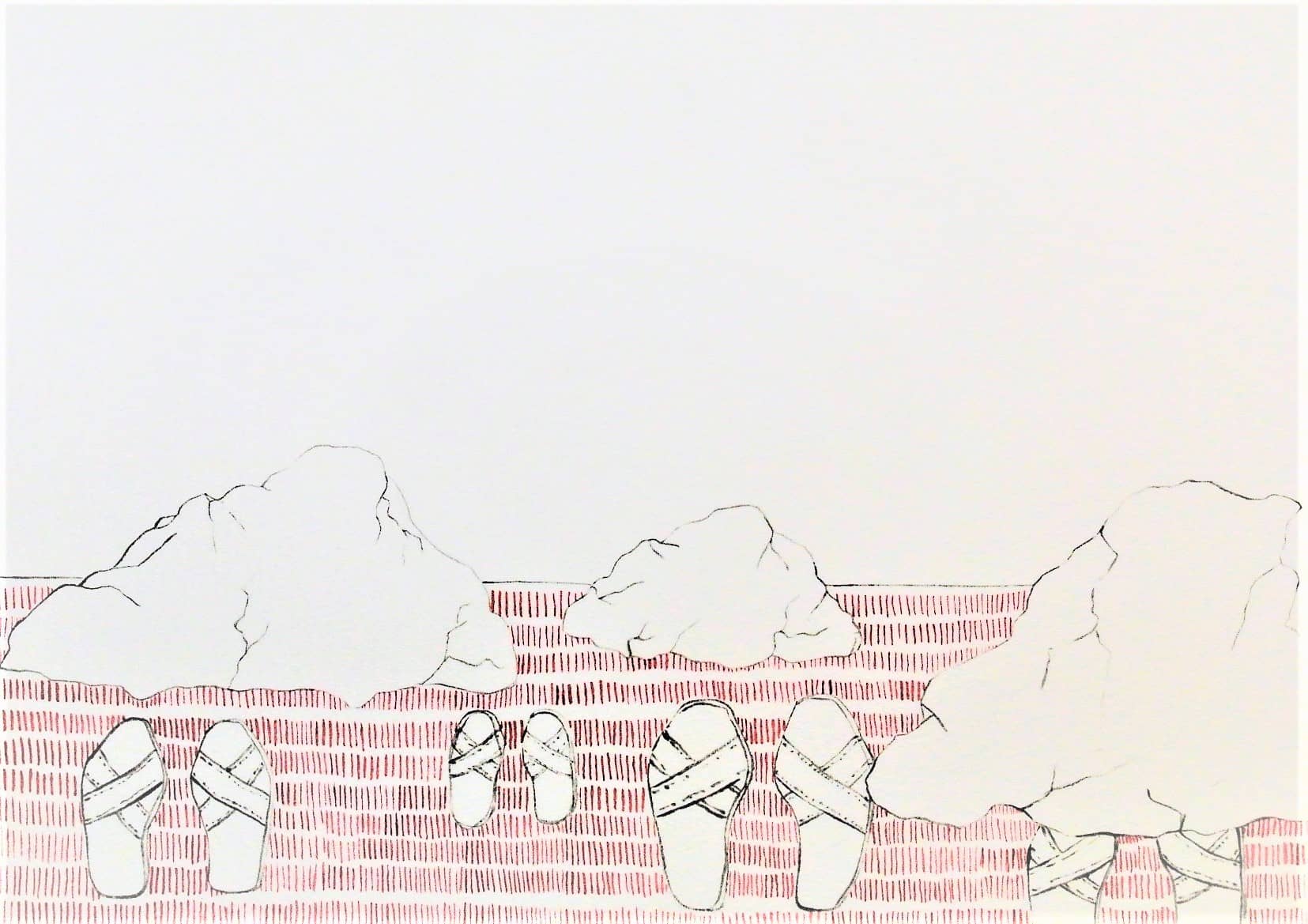 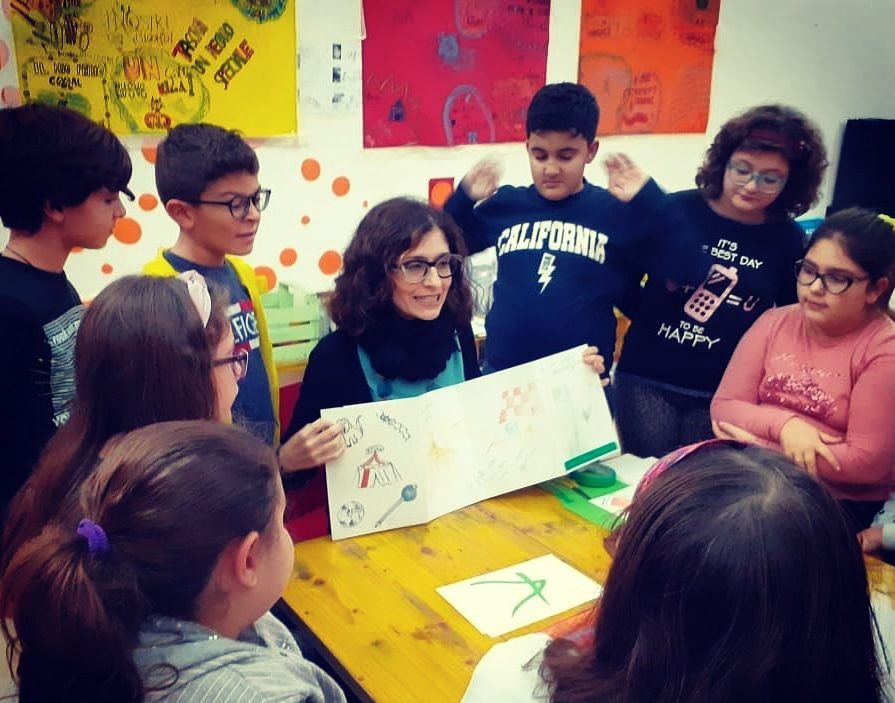